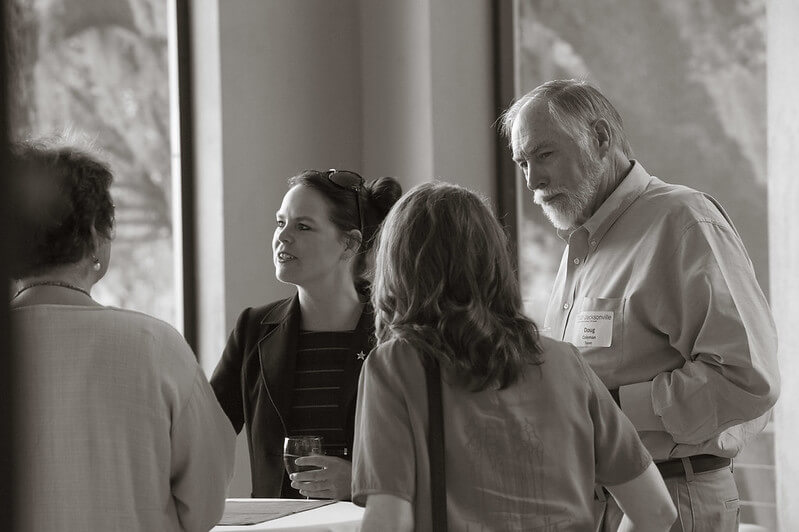 At a special Catalyst Salon held March 16th, participants worked to identify the challenges Jacksonville faces in promoting positive change that advances our community.  Four key concerns were discussed: the lack of a compelling civic narrative or “brand” identity for the city; how divisive politics discourage a sense of common purpose; the necessity of developing a vibrant, self-sustaining downtown core; and the need to better coordinate the people and entities working for change. TEDxJacksonville hosted the Salon for partners and supporters of the Catalyst program, which helped deserving students attend our 2015 conference by funding free and reduced-price admission tickets. The Civic Story Despite Jacksonville’s rich history and diverse natural resources, many salon attendees believe the city lacks a compelling brand. In part, this can be attributed to Jacksonville’s size—in a city of so many stories, it’s hard to pick just one.  But the lack of a galvanizing core identity hurts us, both locally and nationally. “Jacksonville has an inferiority complex,” noted one participant. Still, there is much to celebrate: the city’s strong and diverse arts community, its beautiful river and stunning array of outdoor activities, and a robust non-profit culture that makes it easy to get involved.  There is ample material for the city’s identity to be forged organically, rather than through marketing taglines. But it’s critical that we define ourselves, rather than let others do  it for us. “Our People Are Open, Our Government Is Not.” Salon participants expressed concern about the partisan politics that seem to permeate our state and local governments. They also noted that many of our communities are “self-segregated,” whether by geography, socio-economic background, or educational level. “Culturally diverse individuals are welcome one on one,” noted a participant. But as the continuing failure to pass a Human Rights Ordinance bill demonstrates, the city’s political climate is the opposite of inclusive. We must encourage a diversity of ideas in city government and within our own communities. “[Why not] organize a non-party that does not emphasize the actual party and instead celebrates Jacksonville — the J-Party.” Salon participant Bert Herring A Weak Core Many salon participants believe that a revitalization of downtown Jacksonville is essential to the city’s growth. But it appears that our consolidated government system has not made downtown a priority. Yes, vision statements are made, but funding and launching don’t necessarily follow.  The group had several ideas for improving our urban core, including enhancing transportation options (especially water taxis and a bike share program), converting one-way streets back to two-way corridors, creating more green spaces (which help reduce crime rates and create economic impact), and encouraging mixed-use development that brings together retail shops and residents with access to walking paths and other market hubs. We Don’t “Own” The Consensus About What Jacksonville Needs. Jacksonville is blessed with an abundance of “local patriots”—individuals and entities working tirelessly to improve their communities. But each has a separate and distinct vision for what constitutes a “better” Jacksonville. Not surprisingly, different communities want and value different things. At present, there’s no central vehicle for communication between these diverse groups. Groups either don’t know each other or aren’t collaborating, and thus there’s no medium to connect all the good that is happening in our city. TEDxJacksonville can play a role here. By giving these broad and diverse voices a common platform for sharing ideas, we can help build a robust network of “area trustees,” and a responsive, respectful ground-up approach to creating a shared vision for the city’s future.
Tags: Catalysts, Jacksonville, Politics, Urban Core
Share on Facebook Share on Twitter 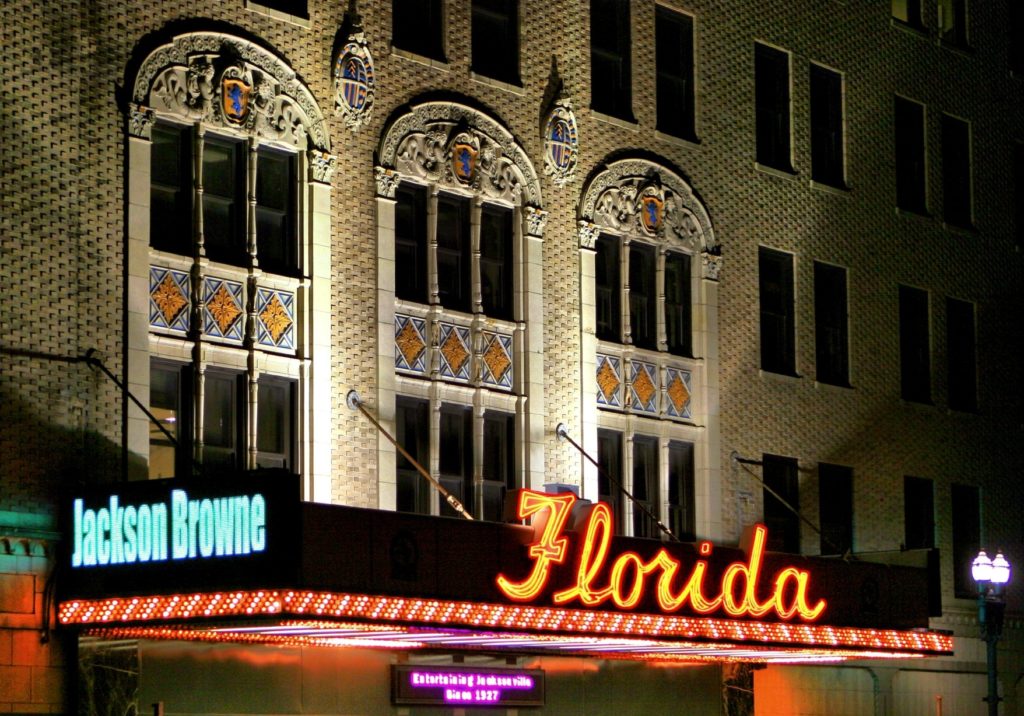 Next Post May 10 Salon: Real Talk for Women's Health