After a distinguished career at the helm of two American orchestras, Roger Nierenberg emerged as a creative force for innovation in the presentation of symphonic music. He is the creator of “The Music Paradigm,” a one-of-a-kind meeting “event” that has helped hundreds of major companies embrace useful lessons about leadership. Roger takes his audience inside a symphony orchestra, showing us where to look and how to listen, while revealing much more than music.

After a distinguished career at the helm of two American orchestras, Roger Nierenberg has emerged as a creative force for innovation in the presentation of symphonic music.

He was the Music Director for the Jacksonville (FL) Symphony Orchestra and the Stamford (CT) Symphony and has guest conducted many of America’s most distinguished orchestras and opera companies including the Detroit Symphony, the St. Louis Symphony, the Baltimore Symphony, Dallas Opera, and the Atlanta Symphony, along with some of the world’s most prestigious festivals both here and abroad including the Mostly Mozart Festival, Prague Spring Festival and the Beijing Festival.

Nierenberg is the creator of the highly successful experiential learning program, called THE MUSIC PARADIGM, in which he leads a professional orchestra through a series of exercises, carefully designed to address the sponsoring organization’s specific themes and issues. The program provides a creative framework for rethinking leadership style, teamwork, and countless other topics.  The Music Paradigm has presented sessions for hundreds of major companies, nonprofits, and organizations in fields ranging from education, healthcare, global consulting, government, finance and more, throughout the United States, Europe, South America, Asia, and Latin America with over 90 different orchestras. It has been the subject of reports on ABC, CBS, CNN, and PBS and was the sole feature of an hour-long broadcast of the BBC’s Money Programme. 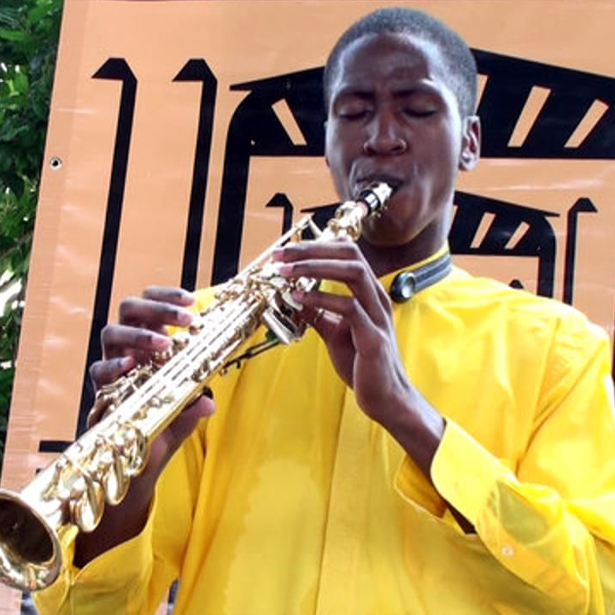 WATCH Al Letson | State of the Re:Union — How I Learned to Fly