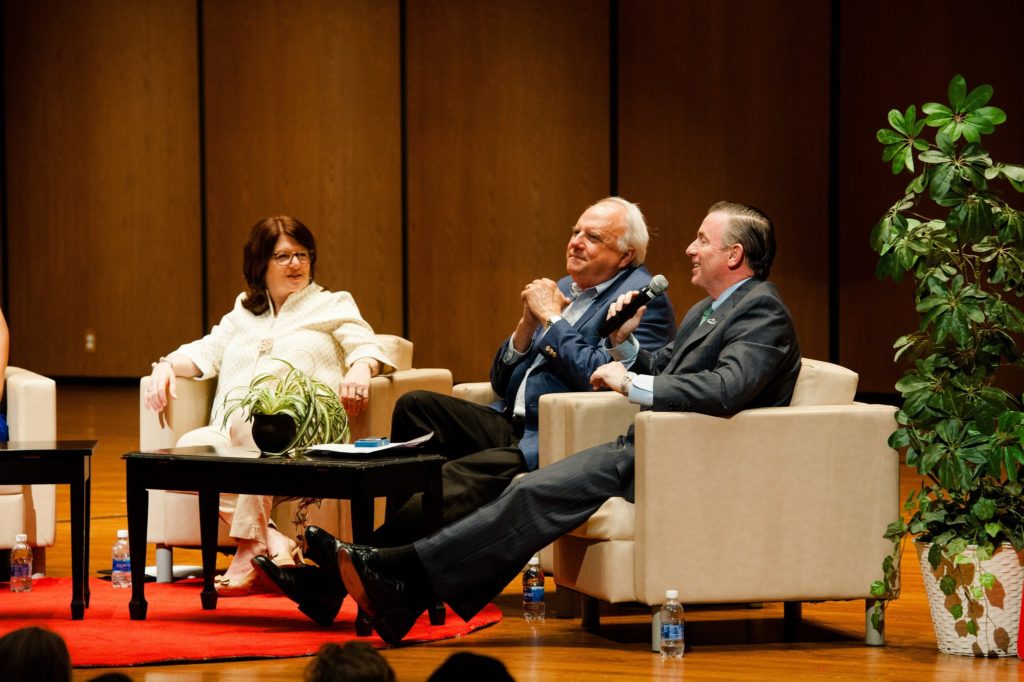 Close your eyes for a moment and think about YOUR Jacksonville. I’m thinking about a place with distinct neighborhoods all bustling with a variety of arts, people, and food. A Jacksonville proud of its rich history and equally abundant modern culture. The city is large in area but is matched with a proportionate expanse of green space—sprawling beaches, parks, trails, and gardens make the city an oasis for people who find themselves living in a region sans elevation but who crave the outdoors and want to be exploring the wilderness. TEDxJacksonville’s first Salon event of the year, “Water: Duval’s Untapped Resource,” honed in on Jacksonville’s unique location. With the ocean, the Intracoastal Waterway, the St. Johns River, dozens of creeks and tributaries, and numerous State Parks and Preserves, Jacksonville is uniquely positioned to leverage its many outdoor spaces to foster urban development and community growth. The panelists covered topics ranging from kayaks and water taxis to the difficulties in securing funding and managing the community’s expectations. The panelists included:

While the panelists’ expertise felt broad and disparate, it was evident that the overarching theme was to grow Jacksonville as a city, uniquely its own, by leveraging its water and natural resources. Each of our panelists expressed that it is important to get people on the water, provide opportunities to interact with that water, and continue to develop the city’s diverse array of natural resources. Past administrations have spent time and money purchasing preservation land and building river walks — the foundation for waterway revitalization is there. Each of the panelists expressed how he or she is building on that foundation and what the next steps are in ensuring Jacksonville’s waterways are activated. Boyer, whose plan is to create “nodes” along the Northbank and Southbank riverfronts that connect various points on both sides of the river, addressed the similarities and differences between Jacksonville and cities like San Antonio and Cincinnati that have fully embraced their location and their water systems. She asserted that Jacksonville’s situation with the St. Johns is inherently different. The St. Johns River is wide and expansive — it feels more like an estuary or a bay than a river, so Boyer says that our plan of action should focus on connectivity in general. Connecting the Northbank and the Southbank. Connecting Riverside to Brooklyn to Downtown to San Marco. Connecting the two sides of the river and the surrounding neighborhoods via Boyer’s node system is the skeleton key to feeling more like one city. One of Boyer’s highlighted nodes is the USS Adams — USS Adams is a naval warship museum that will be established on the St. Johns River. When asked why the USS Adams Museum will call Jacksonville home, Jacksonville Historic Naval Ship Association President Bean said that with its large concentration of naval assets, it was the natural choice. Bean said that a huge advantage for Jacksonville is the ability to integrate the river and the city’s natural resources into this project. The USS Adams will play an integral part in allowing our community to get outside and onto the water. While there have been several plans that aim to revitalize our waterways, none seem to be fully implemented. Jacksonville’s Hogans and McCoys creeks, for example, unfortunately have been neglected for years. Bourgoyne and Groundwork Jacksonville seek to change that. Bourgoyne said that Groundwork Jacksonville is aiming to be the agency with the plan and vision to advance regeneration, improvement, and management of the so-called Emerald Necklace, an interconnected system of parks encircling downtown that was first envisioned by architect Henry J. Klutho in the 1920s. A relatively new organization, established in 2013, Groundwork Jacksonville has been focused on defining its strategic vision, building capacity, and earning community trust. As the organization matures, it will be ready to take on implementation, cleaning and redeveloping Hogans Creek and turning contaminated land into parks, playgrounds, and trails along the Emerald Necklace.

Whereas Groundwork Jacksonville looks at Jacksonville’s water activation through a cleanup and redevelopment lens, the Downtown Investment Authority looks at Jacksonville’s waterways from a design standards and real estate development perspective. Wallace made the point that Jacksonville, as a whole, has some of the best access to waterways. Where McCoys Creek and Hogans Creek meet the St. Johns, we have endless opportunity for development. The key right now is to determine what our community wants and to strategize and prioritize how to make it happen. Wallace mentioned that his largest challenge is in managing the community’s expectations — we all want something and we want it now; most of the time it is different than what our neighbors want, so stepping back and looking at what is best and most feasible for our community is important. Dr. White of the Marine Science Research Institute spoke of the “incredible jewels” that make up Jacksonville’s green space. We have come so far from 30 or 40 years ago, and we are at a pivotal point in our water activation story. The timing is right and city leadership is excited and interested in making the river a destination. It is becoming increasingly apparent that people in our community want to be able to get to and use the water. The panelists agreed that whether that means boat ramps, kayak launches, or a marina, we must do it, and do it well to build momentum. The panelists spoke of a Jacksonville where our facilities create experiences, a Jacksonville where everyone has the opportunity to be outside and on the water, a Jacksonville where the community is connected and aware of what surrounds them. The panelists were forward-thinking realists — knowing that we have a long way to go, but that they (and each of us) are cogs in the wheel that will get us there. Now, close your eyes, and imagine what your Jacksonville can be.

For more information and to stay informed on upcoming projects, please visit these pages:

Next Post May 23 Salon: Truth or Consequences: Why the Media Still Matter