We Went Into the Machine 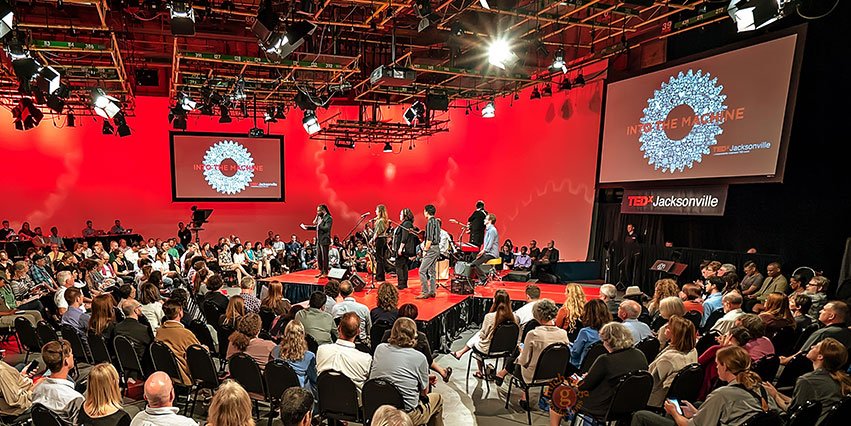 We went into the machine to explore and contemplate what role humanity will play in this infancy of a second Machine Age, one with profoundly disruptive potential. Man and machine have melded. Artificial intelligence is real. Virtual communities feel authentic. We enjoy near-boundless access to information that enriches our lives, in exchange for allowing invisible machines to decrypt our every impulse and keystroke. Our perceptions of reality, our structures of meaning, our sense of identity — all are touched and transformed by the machines we have built to mediate between our world and ourselves.

Kevin Hyde urged us to “Ban the Box” and discussed the practical community benefits of providing job opportunities for ex-offenders, dispelled some of the myths of why and how ex-offenders should not be hired, and demonstrated why job training is more “cost-effective” societally and financially than incarceration.

The U.S. holds only 5 percent of the global population but 25 percent of the incarcerated population. Jordan Edelheit spoke on facilitating conversations between TEDx audiences and incarcerated men and how we all have common ground. Machines are the essential engines of our future progress. Advances in manufacturing, communications, computer technology, and processing power will dramatically accelerate the brilliant reinvention of our world and fundamentally transform our lives. But the question remains: in this new age, what role will humanity play?

During his talk, Tim Harris spoke about his belief that the most important quality humans have is love. “Harris spoke to humanity — our best self is tapped into so easily. All we have to do is hug someone.” — Sherry

Jennifer Adler’s underwater photography helps shatter the illusion of water abundance and mends the disconnect between our lives aboveground and the aquifer below. Photographs speak without words or political bias, allowing viewers to make their own conclusions and empowering themselves to make informed decisions about this threatened resource. By giving people a novel view of our drinking water, both deep in the aquifer and in the sunlit springs, photos can help us fundamentally change our perspectives on water.

Mark McCombs wants all of us to build machines, but especially kids. He predicts there will be a demand for 1.8 million jobs that the United States won’t be able to fully meet. The U.S. won’t have enough trained engineers. Instead of teaching skills like pass, dribble, and shoot, McCombs advocates for us to design, build, and program.

John Phillips asked, “do we really believe that all men are created equal?” Not when slavery was abolished in 1865. Not when women were allowed to vote in 1920. Not when the black vote became protected in 1965. Still not when some 30 states passed laws giving their citizens the inalienable right to kill based on subjective fear, a law known as Stand Your Ground. The scales of justice remain unbalanced because government cannot legislate a path to something that must come from the heart. Equality can’t be reprogrammed. It can’t be rebooted. It must be nurtured. It must be fostered. Reality and history can be a deceptive machine.

Kevin Gover broke down myth machines. The world was never a cube as many people believed before Columbus. There was never a Plymouth Rock. After the big Thanksgiving holiday, American Indians never said “let’s do it again.” The U.S. has a love affair with imaginary Indians that we utilize to tell “happy stories” at the expense of real ones.

“Bad kids.” “Bad school.” The inequalities that so many students face: poverty, hunger, family struggles, and more. Tessa Duvall talked about how it’s easy to write off a school’s problems as simply bad kids, lazy teachers and absentee parents. But it’s never that simple. She’s participating in a local school’s successful, education overhaul.

Peter Carney spoke on fundamentally retooling learning experiences. Students have immediate access to an ocean of digital information, but the classroom experience is still modeled in the traditional approach where the teacher delivers information to those without access to information. Carney’s method of interactive listening explored how the modern classroom can be remade into a creative space for teachers and students to respond to the growing digital forest.

Whether it’s the public relations machines curating our culture or the therapeutic implants transforming our biological limitations or the social machines crowdsourcing solutions to intractable problems, we are right to wonder which of us — man or machine — is truly in control.

According to the Association for Safe International Road Travel, more than 37,000 people die in road crashes each year in the U.S. Jim Barbaresso discussed the disruptive transportation technologies and highlighted how the Intelligent Transportation Systems industry is working toward developing technology that may eliminate this risk and save lives.

Fatène Ben-Hamza talked about the safe places we all look for in life. Either it’s being 4 years old and hiding under the table to eat chocolate or in Tunisia where inspiring citizens pursue democratic reforms.

Placemaking and creating cutting-edge living environments that are willing to adapt and change. Peter Rummell made the case that with the marriage of development, healthy living, and technology we can live our lives to their fullest potential. We clapped our hands to the Jacksonville folk band Canary in the Coalmine. We swayed to Complicated Animals’ indie nova sound. We experienced the dreamy, experimental, and catchy sounds of “Wise River.” And we listened in silence and awe to the Ritz Chamber Players. We had the best hosts in town — Peabody Award winner Al Letson and Hope McMath, Director of The Cummer Museum of Art & Gardens. Al reminded us to be the butter knife that spreads the Nutella. Ideas aren’t the only cherished things that need to be spread. We filled out postcards to our future selves, noting the things we learned. We sipped Vagabond Coffee with other Intellectual Explorers. And we had one heck of an after party.

See our Gifn feed here. Whether you watched in person at WJCT studios or tuned into the simulcast online, we hoped each of you was inspired to tackle the ideas that simmer within and to follow them wherever they may lead. For those of you that couldn’t attend the event — and missed the liquid nitrogen ice cream — here’s a TEDxJacksonville compliMINT (we passed those out, too). We saved one just for you:

Remember, brilliant ideas are perishable … they get lost when they’re not shared! 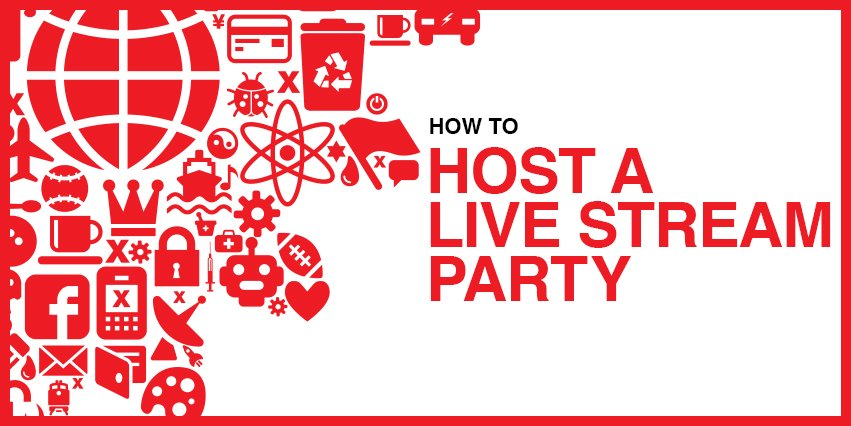 Previous Post How To Host a Live Stream Party

Next Post Join Us for a Simulcast of TED2016, February 18th at SunRay Cinema